One year to the day the photographer Sebastian Edge made a number of wet collodion photographs of the band Radiohead, using his own hand built camera equipment.

Sebastian is currently working, three years into a growing body of work with the woods he grew up in, in Kent, England. when the project with the band collided.

This edition of the portrait of Thom, Ed, Colin, Jonny and Phil. Was for the press material for the The King of Limbs album, released February 14th 2011.

The hand printed limited edition of 100 by Sebastian, is being released through the North London Darkroom. where photographers make their own prints, to archival standards.

This print sale will help the North London Darkroom in its future endeavours with photographers to make photographs.

Join The North London Darkroom Mailing list, to get up to date information on when the print is finally ready to leave the darkroom

Posted by Black Cat Bindery at 04:44 No comments: 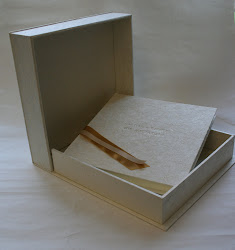 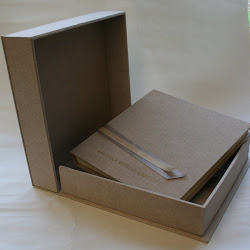 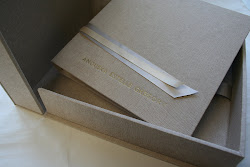 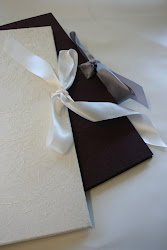 A stack of leather books 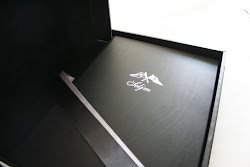 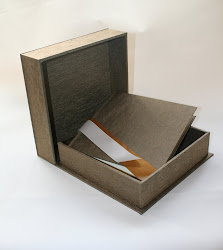 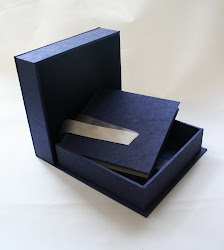 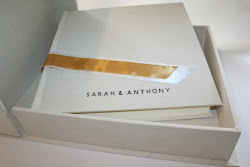 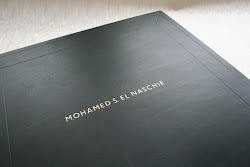 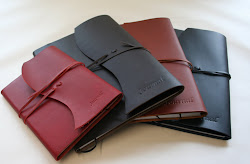 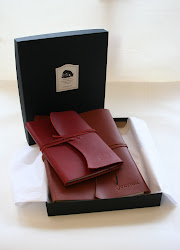 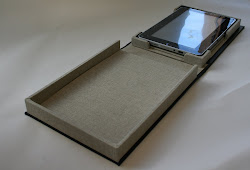 You never know what you will find inside 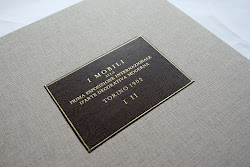 leather label on front of box with title in gold 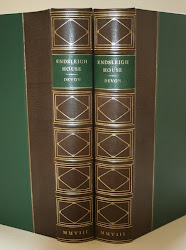 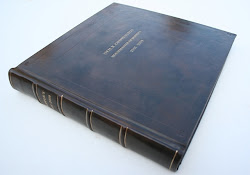 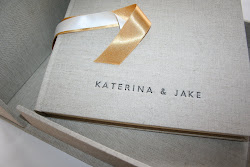 Black Cat Bindery
My name is Rosy Gray and I am part of a small traditional craft bookbinders situated near to the pretty market town of Castle Cary, in Somerset. I have been a bookbinder for 25 years, firstly working at Collis- Bird any Whithey, in London, learning how to make case bindings for theses, then going to the London College of Printing. After college myself and two partners set up the Wyvern Bindery, in Clerkenwell. We produced portfolios for photographers and limited Editions for private press companies as well as restoring old books. In 1999 My partner and I moved to Somerset and set up Black Cat Bindery.